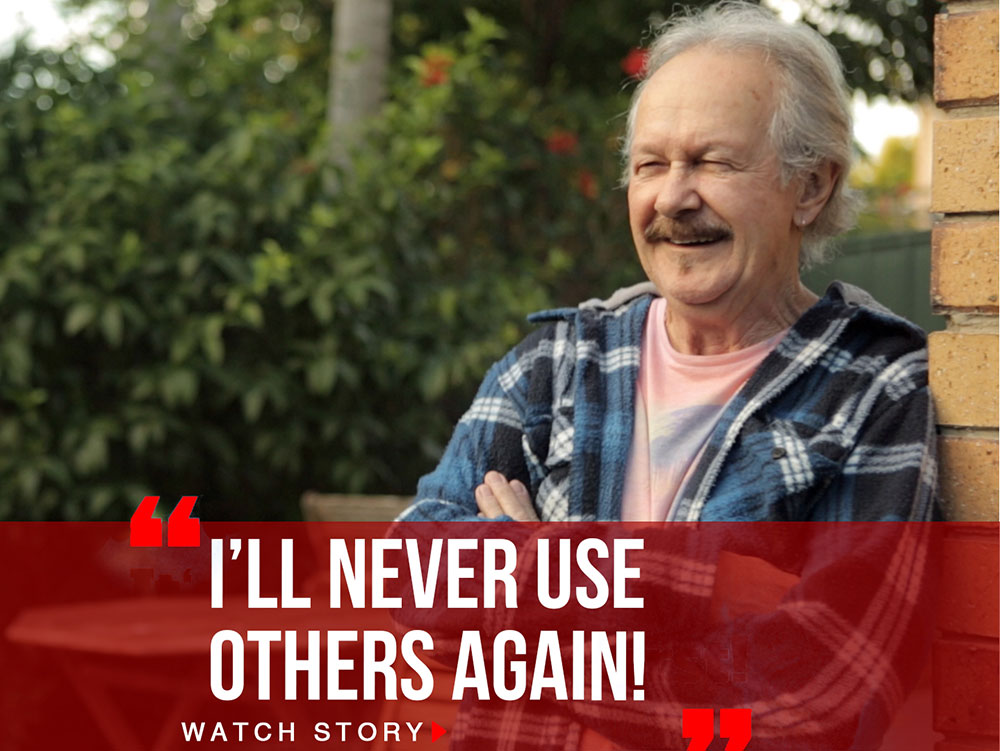 Gary sold by auction in the past and hated how stressful it was for the homeseller. Gary says ‘I’d never do that again’ when it comes to selling property. This time when he sold with Parman from Red Rocket Realty in Springwood he had a very different experience. After following some advice from Parnam he ended up selling for great price. Thank you Gary for trusting us with the sale of your home and sharing your story so other know who to rely on when selling their home too.

My name’s Gary Gordon. The property that I sold was in Underwood with Parnam from Red Rocket Realty.

When I got divorced, we sold the home by auction. Selling it was very hard and stressful. It was more pressure put on by them than by Parnam. Definitely, I’d never do that again.

It did appeal to me that Parnam was getting a feel for the place and buyers. And bringing the clients through. I didn’t worry about it at all because I’m just thinking about the end result.

Parnam was explaining that to me and said that there’s a bit of a drawback because of body corporate fees. So I knew it was going to be hard.You know, he really did his job. Kept me updated. And sort of put me at ease as well.

But I understood that because of the body corp. and everything else, it was going to make it hard. And Parnam brought a lot of people through. And there was a few people that wanted it but couldn’t get finance. So things were going up and down. I dropped my price a bit. And in the end, Parnam got it back to just about where I wanted it in the beginning, so I’m very happy with the end result.

I wanted to test the waters because there’s a few places here that have sold for what I asked for but things have changed a little bit.

Parnam explained a bit about how the negotiation goes and how he went about it.

I didn’t mind paying a little bit more with Parnam was selling my house, I’ve seen that he’s sold a few places in this complex and I was quite confident that Parnam would sell it for me in the end. He never gave up so I was very pleased.

After we reduced the price on the property, got the sale probably a week and a half later.