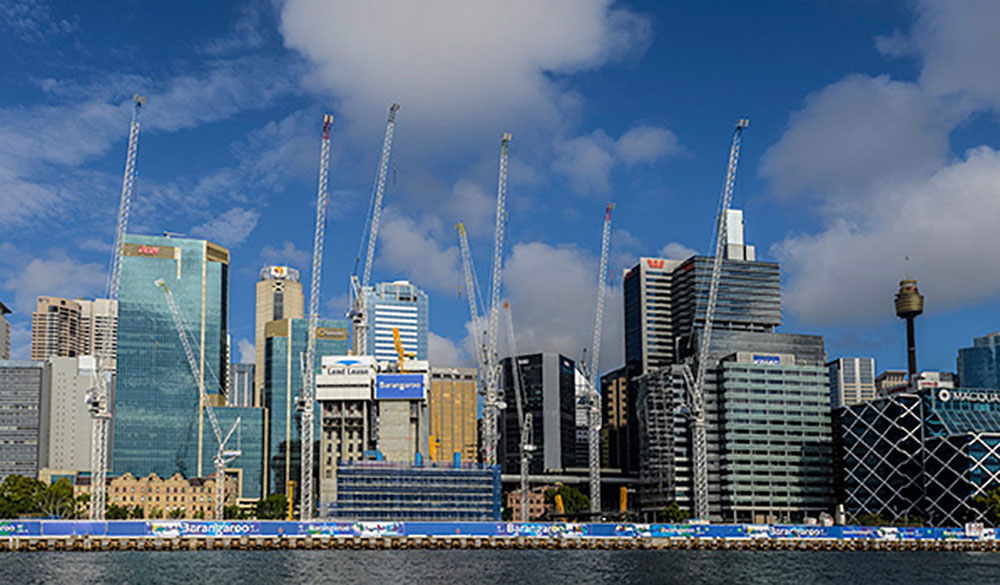 The number of cranes dominating the skyline of capital cities has risen, with a record 685 structures around the country, according to the Rider Levett Bucknall fourth-quarter 2017 RLB Crane Index.
With 350 in Sydney, 151 in Melbourne and 116 in Brisbane and the Gold Coast combined, the construction boom does not appear to be abating.
Cushman & Wakefield’s research team has estimated there is $62 billion of development in Sydney alone, of which about $50 billion is in infrastructure projects.
John Sears, national director research, Cushman & Wakefield, said an unprecedented development boom is set to drive the Sydney CBD and its office market in particular over the next decade.
Nationally, the residential sector remains the busiest, while the non-residential index shows more volatility, but still highlights a positive trend.