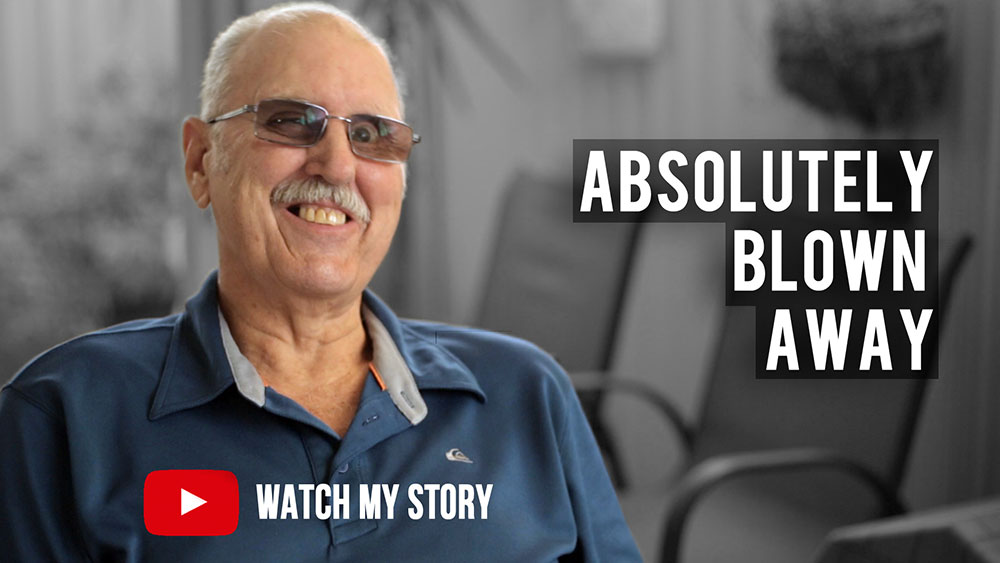 Colin sold his home for nearly $20,000 more than the asking price in less than a week thanks to the team at Red Rocket Realty. Watch this video and follow along with the extended story below. Thank you Colin for letting us share your story so other home owners and can learn how to get the highest price for their home.

Colin: My name is Colin Sletcher. The property I sold was at number 10 Edenvale Street in Underwood.

The agency that we used was Red Rocket. We had two previous real estate people come along, and they were all razzle dazzle, but they could talk the talk but not walk the walk, I don’t think.

We went with Red Rocket, and it blew us away. It was amazing, because it was sold within a week.

We signed up with Parnam on the Monday. I don’t think they took the pictures until the Thursday. We had people along on the Saturday, and the Monday, and rocked in on Monday night with a form to sign, and so we were absolutely blown away. They were a local too, and we wanted local knowledge, you know. We were thinking that it was going to take a fair time, and all of a sudden Parnam was back on the Monday night. It went onto the internet, I think probably only on Friday. She came round on the Thursday and took the photos, and so really, you had Friday to Monday, and so it was outstanding.

What liked about Parnam was that he did have the knowledge of the area. We went through what sales were happening in the area, and we had a bit of an idea. Then we told him what we were hoping to get, and he was very understanding. He wasn’t pushy on that at all. He came up with a price in the end and said “Look, I think that $469,000+ would be a good price.” We thought, well, yeah, you know, we were hoping maybe $480,000 or something like that might be better, but he suggested that we work with that scenario, and we said, well look, we trust you. You are the man. Sure enough, we ended up getting $498,000. So, way above what we expected. When we did it, that was a record for our area, as well.

We were confident that the house was in reasonable order, but we didn’t have much time to really tizz it up. Parnam said, “Don’t worry about it. People look past that. They want to do their own sort of adjustments to your house. So, don’t worry if it’s not 100%.” We didn’t have the time. It was just, wham, bam, thank you ma’am, and it was all over and done with. The people that bought the house wanted to get in quick in a hurry. It was only a two or three week turnaround, and we were out of the place. It all happened sort of … Yeah. In a blur.

The way Parnam explained it, and the way he explained the system that they work with at Red Rocket, and that was really good. He went through it. He had a trainee with him, who he was training at the time, and he went through it very specifically. We knew where we were, and it was good. It was quite easy to do. He was easy and good to deal with, and we had no problems with the transition from being frightened of real estate guys grabbing our arms or bashing us over the head, or whatever. He came up with the goods. He said he would do it, and he did it straight away. That was amazing.

We were happy to pay a slightly higher fee to Red Rocket Real Estate because we knew from talking to Parnam that they were going to put in the hard yards, and he explained it to us at the start. We knew that we were probably going to pay a bit more than other estate agents, but it felt right.

We felt, what have we got to lose? If he can do what he says he is doing, well, you know, it’s all money for jam. It’s all relevant, sort of thing. If you get more money for what you are selling, well, you are paying more money for it, but if you are getting someone that’s efficient and knows what they’re doing and can line up the prospects properly, which Parnam explained to us how he works his prospects, and how he up-sells them on the sale. It was really well done, the way he did it. Obviously he did the right job by us and so, yes. It cost us a bit more, but that’s what you pay for. You get what you pay for.

One of the estate agents that we talked to was doing a premium charge thing or something or other, and it was going to be mega-bucks. We are talking two grand or something, by the time it all rolled out or whatever, and there was extras and extras, and all this sort of stuff. Oh, you want steak knives with that? Well you got to pay for them. You know? All that sort of stuff. There was a little bit BS there, sort of thing, and that was one of the things I didn’t like as well.

Parnam said, straight up front, he said, “Look. You know, we don’t charge you. We cover all the upfront costs. We trust that it’s all going to go well, and if we sell it, and then you pay. That was a good part about that, and we said yeah. We like that idea, and it all came out well. He was spot on what he was saying.